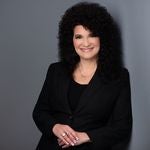 Denise B. D'Aprile has been a part of Charlotte, as well as Desoto County since 1980. Her ties to the community are long standing. Prior to joining the McNeill Law Group in 2019, Ms. D'Aprile owned and operated her own law firm in Charlotte County since 1993, representing clients for serious personal injury claims as a result of a motor vehicle accident, motorcycle/trucking accident, wrongful death, nursing home abuse, animal attacks, slips and falls, as well as medical malpractice and bankruptcy matters.

Ms. D'Aprile has been the past President of the Charlotte County Chapter of the Florida Association of Women Lawyers and past Treasurer of the Lee County Chapter. Ms. D'Aprile has provided pro bono legal services to the Homeless Coalition, participated in and sponsored the Pantyhose Free Zone event in Charlotte County for many years which supports women in the community and their healthcare concerns. She has also participated in Law Day, the Mock Trial Competitions at the high school and elementary school levels, as well as volunteered her time for Career Day at the local high schools. Ms. D'Aprile has served as a Board Member of One Way Out, an organization to help women and children who are victims of sex trafficking. She continues to donate her time and support towards Women's Ministries for over 20 years. She is a current member of Kiwanis and an active member of her church.

Ms. D'Aprile has always been committed to changing the public's perception of the attorney/client relationship, one client at a time. She was voted Best General Attorney through the Charlotte Sun Herald and has dedicated her legal career to making a difference in the lives of her clients. At the McNeill Law Group she continues to provide quality legal representation, with a caring and empathetic concern for those who are injured. She is married, has two children, enjoys the outdoors, keeping fit and spending time with her family.

Thank you for contacting us. We will get back to you shortly.

Please complete all required fields below.

The hiring of a lawyer is an important decision that should never be made hastily or based upon a television commercial. When the injuries are personal to you and your family, the factors considered when choosing a lawyer should be personal to you and your family. Call or email the McNeill Law Group, LLC, and speak with the lawyer who will actually handle your case. We will value your time and give you straight answers.

We offer a free consultation and we’ll gladly discuss your case with you at your convenience. Contact us today to schedule an appointment.