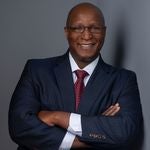 Kevin Anthony McNeill is the owner and managing attorney at McNeill Law Group. Mr. McNeill is a skilled litigator with an active trial practice serving individuals living in North Central Florida counties Alachua, Baker, Bradford, Columbia, Dixie, Gilchrist, Hamilton, Lafayette, Levy, Madison, Suwannee, Taylor, and Union. Mr. McNeill focuses his practice on individuals and families whose lives have been changed as a result of injury in motor vehicle accidents, slip/trip, and fall incidents, or by the wrongful death of a loved one. Mr. McNeill also handles cases involving property damage and the rights of debtors.

Mr. McNeill received his undergraduate degree in Political Science from the University of Florida. He attended the Shepard Broad Law Center at Nova Southeastern University, where he was a Goodwin Fellow and an M.P.L.E. scholar. While in law school, Mr. McNeill clerked for the law firm of Conrad & Scherer, LLP in Fort Lauderdale. Mr. McNeill became an associate attorney at Conrad & Scherer, LLP and worked there for several years after graduation.

In 2004, Mr. McNeill and his family returned to Gainesville. He accepted a position with the law firm of Dell Graham, P.A. During his time with Dell Graham, Mr. McNeill became involved in local bar activities with the Josiah T. Walls Bar Association, as a board member of the Eighth Judicial Circuit Bar Association, and as Treasurer for the Gerald T. Bennett American Inn of Court.

Mr. McNeill is a current member of the Board of Directors for Three Rivers Legal Services, Inc. which provides free civil legal services to low-income, eligible clients in seventeen counties throughout North Florida. Mr. McNeill is also a member of the Third Judicial Circuit Pro Bono Committee as well as the Third Judicial Circuit Grievance Committee.

Thank you for contacting us. We will get back to you shortly.

Please complete all required fields below.

The hiring of a lawyer is an important decision that should never be made hastily or based upon a television commercial. When the injuries are personal to you and your family, the factors considered when choosing a lawyer should be personal to you and your family. Call or email the McNeill Law Group, LLC, and speak with the lawyer who will actually handle your case. We will value your time and give you straight answers.

We offer a free consultation and we’ll gladly discuss your case with you at your convenience. Contact us today to schedule an appointment.